Systems in the nuclear sector

The Virtual Reality project Applied to the Nuclear Area (REVIAN) is implemented jointly with the National Atomic Energy Commission.

It is made up of different components: on the one hand, a simulator developed in the Dry Storage of Burned Fuel Elements (ASECQ) building of the Atucha I Power Plant was developed. It allows training in maneuvers within the building while simultaneously It was used to validate its civil construction process.

On the other hand, a visualizer of complex three-dimensional pieces was developed, which is used in the Bariloche Atomic Center for the development of the engineering project for the CAREM 25 modular plant (Argentina Central for Modular Elements).

As part of these projects, two immersive environments were installed in the Bariloche Atomic Center and in the Constituent Atomic Center. 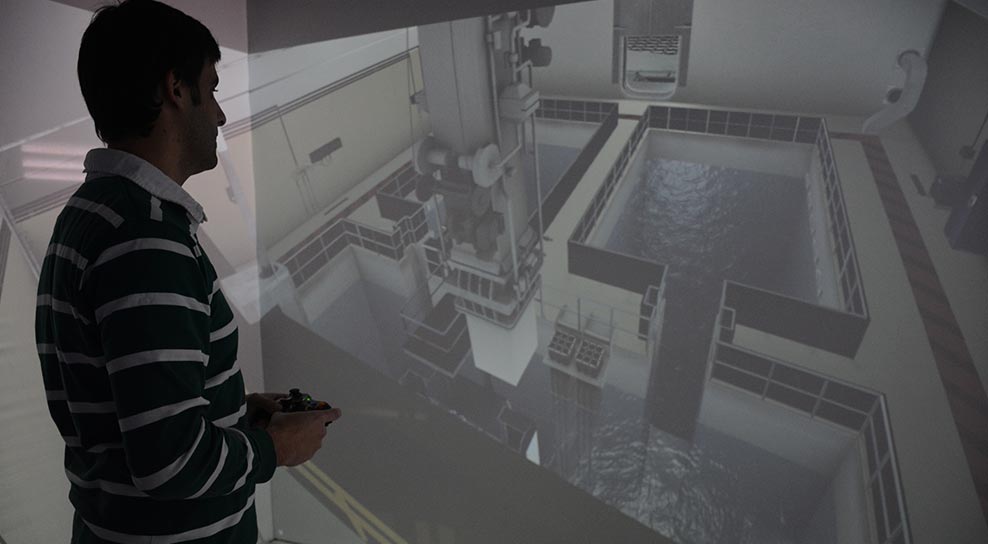 We are ready, let’s talk.

Contact us for more information or how we can best help you.